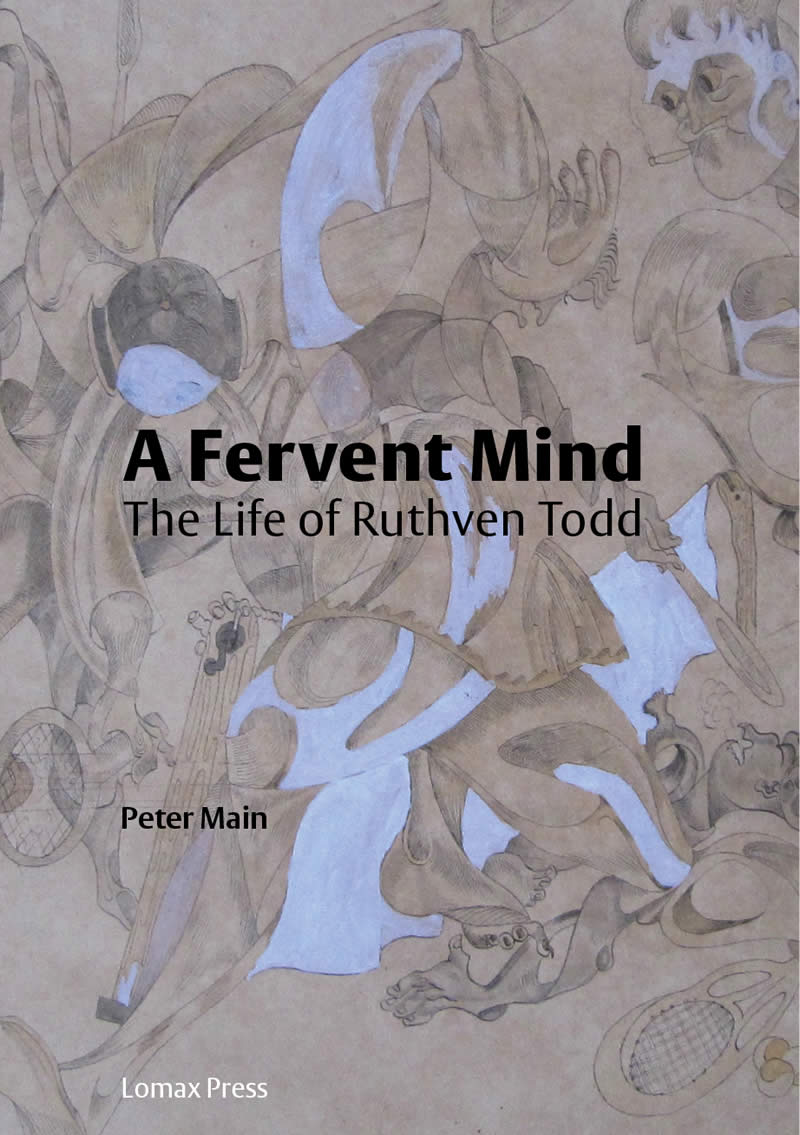 A fervent mind: the life of Ruthven Todd

Ruthven Todd was one of the last of the Twentieth Century renaissance figures. Although not university-educated, he became addicted to scholarship and was known both as a poet and expert on the art of William Blake and his contemporaries. To American children he became the adored creator of a feline astronaut, Space Cat. To others he was a knowledgeable and gifted illustrator of wild flowers and fungi. He embraced a bohemian lifestyle and was a friend of Dylan Thomas, Louis MacNeice and W.H. Auden.

Peter Main tracks Todd’s fascinating peripatetic life from his birth in Edinburgh and schooling at Fettes College, to the Isle of Mull, war-time London, New York, Martha’s Vineyard and finally to Mallorca where he died in 1978. Todd struggled with pulmonary disease and alcoholism for much of his life and it is against this background that Main has written a sensitive and perceptive account which is sad at times, but ultimately life-affirming. He includes many photographs, extracts from Todd’s autobiographical writing, and over forty of his poems.


What the reviewers said

Peter Main was an excellent choice as Todd's biographer. His research is diligent, his documentation exhaustive. His portrait of his subject is empathetic but dry-eyed; he demonstrates the exceptional capacity for friendship and artistic co-operation in a man who fell short of his potential - and he does it with as much humour as regret.

[Todd's] poetry, novels, illustrations and Blake scholarship earned him entrée into the company of many of the leading literary and artistic figures of the last mid-century, but wasn't in the end substantial enough to escape the pall of obscurity, which descended upon him even before his death in a Spanish village in 1978. Could Todd yet emerge from oblivion? Main’s biography marks a decent start for his rehabilitation.

Who was this Ruthven Todd? The answer can be found in Peter Main's compelling biography: A Fervent Mind. [It] is a mammoth narrative [and] a remarkable book that fully justifies the decade invested in its making.